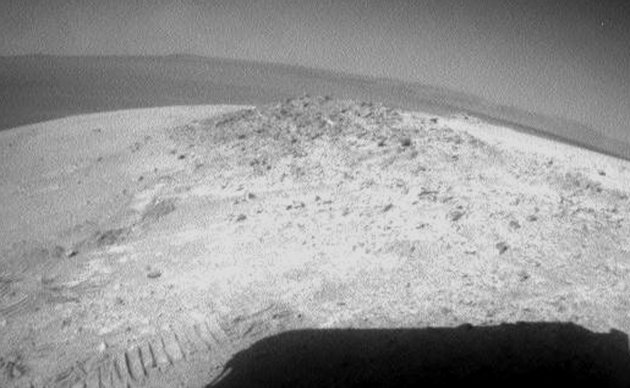 After spending nearly five months conducting experiments in one spot, the NASA Mars rover 'Opportunity' moved for the first time the week of May 7, rolling off the rock outcrop where it hunkered down for the Martian winter.
IN SPACE - JANUARY 23: In this handout from the NOAA/National Weather Service's Space Weather Prediction Center, shows the coronal mass ejection (CME) erupting from the sun late January 23, 2012. The flare is reportedly the largest since 2005 and is expected to affect GPS systems and other communications when it reaches the Earth's magnetic field in the morning of January 24. (Photo by NOAA/National Weather Service's Space Weather Prediction Center via Getty Images) 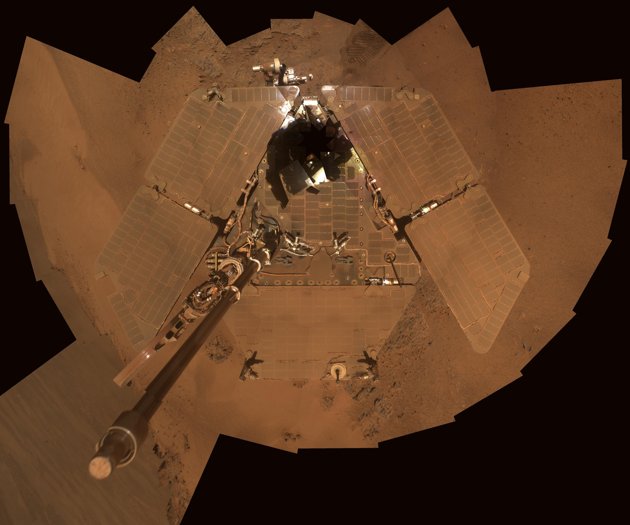 NASA handout image shows a self portrait from the Mars Exploration Rover Opportunity covered in dust as the mission approached its fifth Martian winter, December 21 to 24, 2011. This is a mosaic of images taken by Opportunity's panoramic camera (Pancam) during the 2,111th to 2,814th Martian days, or sols. The downward-looking view omits the mast on which the camera is mounted. REUTERS/NASA/JPL-Caltech/Cornell/Arizona State 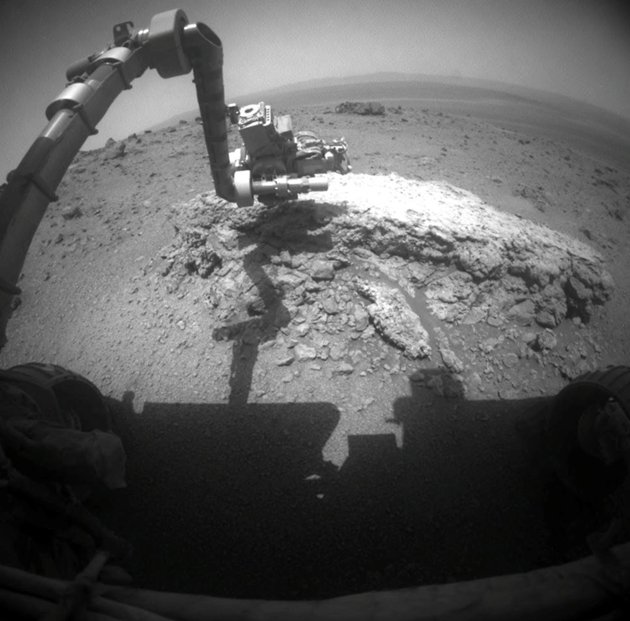 This image provided Thursday Sept. 1, 2011 by NASA shows NASA's Mars Exploration Rover Opportunity using its camera to take this picture showing the rover's arm extended toward a light-toned rock, "Tisdale 2," during the 2,695th Martian day, Aug. 23, 2011. The solar-powered rover beamed back images of the horizon, soil and nearby rocks that are unlike any it has seen during its seven years roaming the Martian plains. (AP Photo/NASA) 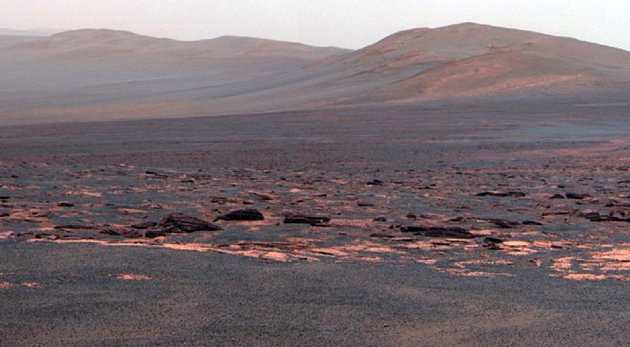 This Aug. 9, 2011 image provided by NASA shows a view from the Mars Rover Opportunity from the Western rim of the Endeavour Crater. This crater -- with a diameter of about 14 miles -- is more than 25 times wider than any that Opportunity has previously approached during the rover's 90 months on Mars. (AP Photo/NASA) 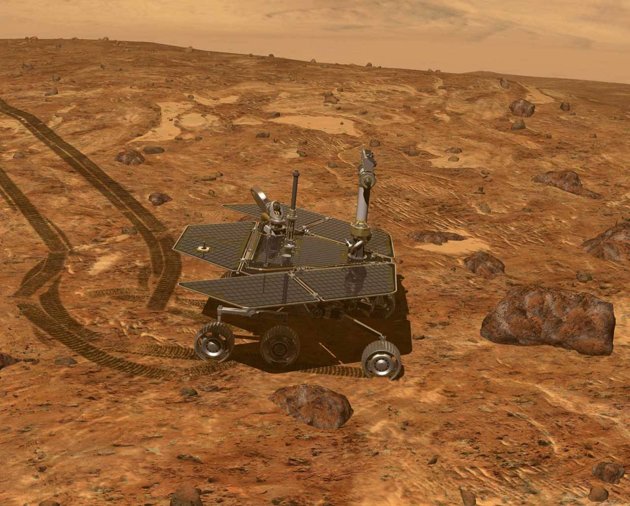 This artist's rendering provided by NASA shows of the Mars Rover, Opportunity, on the surface of Mars. Opportunity reached the rim of the Endeavour crater in August, 2011. The arrival gave the rover access to geology different from any it explored during its first 90 months on Mars. (AP Photo/NASA) 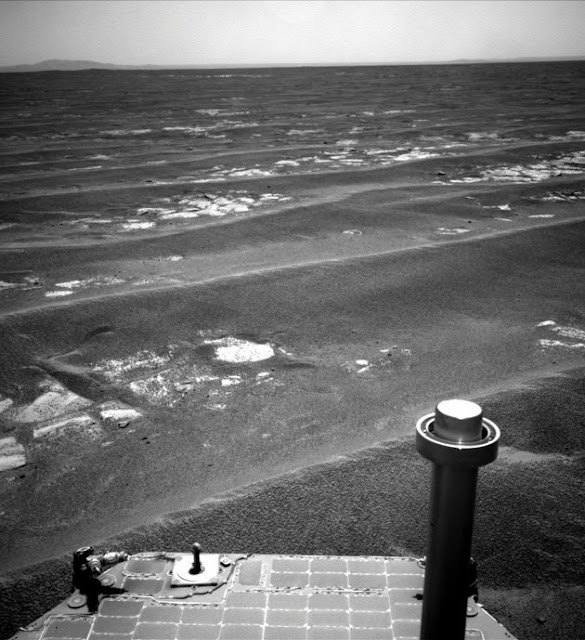 In this photo released July 19, 2011 by NASA showing NASA's Mars Exploration Rover Opportunity. Months after the death of the Mars rover Spirit, its surviving twin Opportunity, is poised to reach the rim of a vast crater to begin a fresh round of exploration. (AP Photo/NASA/JPL)

In this image released by NASA/JPL showing a panoramic photo of the Endeavour Crater's rim from NASA's Mars Exploration Rover Opportunity. NASA says its surviving Mars rover Opportunity has reached the rim of Endeavour crater after a nearly three-year trek across the surface of the red planet