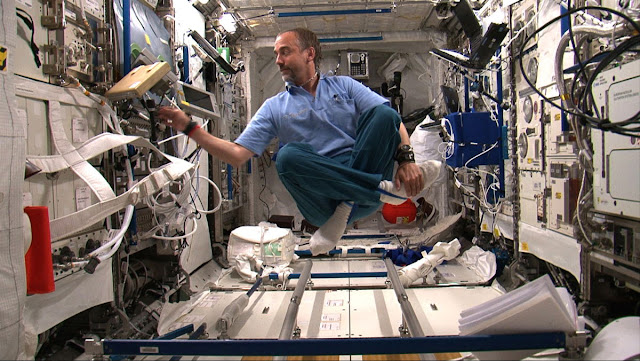 A new documentary about space tourist Richard Garriott's flight to the International Space Station is hitting theaters now, but the sci-fi movie he made aboard the orbiting lab remains under wraps.


"Man on a Mission," which opens today (Jan.13), chronicles Garriott's journey to the station in October 2008, a trip that cost him $30 million of his own money. While up there, the video-game designer made a playful eight-minute film called "Apogee of Fear," with some standout acting assistance from a Russian cosmonaut and two NASA astronauts.
"Apogee of Fear" is the first science-fiction movie ever made in space, Garriott said, and he would like to let the public see it. There has been some demand, with the Smithsonian Institution even asking to put the film in its permanent archives because of its historical value.
But NASA hasn't given the necessary go-ahead, according to Garriott.