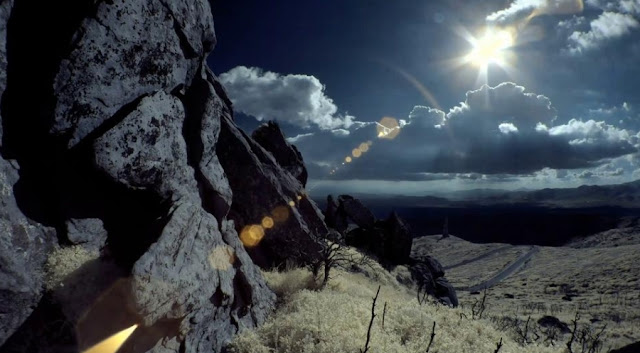 Time-lapse photography is a technique whereby the frequency at which film frames are captured (the frame rate) is much lower than that used to view the sequence. When played at normal speed, time appears to be moving faster and thus lapsing. For example, an image of a scene may be captured once every second, then played back at 30 frames per second. The result is an apparent 30-times speed increase. Time-lapse photography can be considered the opposite of high speed photography or slow motion.

Processes that would normally appear subtle to the human eye, e.g. the motion of the sun and stars in the sky, become very pronounced. Time-lapse is the extreme version of the cinematography technique of undercranking, and can be confused with stop motion animation.

History
Some classic subjects of timelapse photography include:
cloudscapes and celestial motion
plants growing and flowers opening
fruit rotting
evolution of a construction project
people in the city

From 1929 to 1931, R. R. Rife astonished journalists with early demonstrations of high magnification time-lapse cine-micrography but no filmmaker can be credited for popularizing time-lapse more than Dr. John Ott, whose life-work is documented in the DVD-film "Exploring the Spectrum".

Ott's initial "day-job" career was that of a banker, with time-lapse movie photography, mostly of plants, initially just a hobby. Starting in the 1930s, Ott bought and built more and more time-lapse equipment, eventually building a large greenhouse full of plants, cameras, and even self-built automated electric motion control systems for moving the cameras to follow the growth of plants as they developed. He time-lapsed his entire greenhouse of plants and cameras as they worked - a virtual symphony of time-lapse movement. His work was featured on a late 1950s episode of the request TV show, You Asked For It.

By using these techniques, Ott time-lapse animated plants "dancing" up and down in synch to pre-recorded music tracks.

His cinematography of flowers blooming in such classic documentaries as Walt Disney's Secrets of Life (1956), pioneered the modern use of time-lapse on film and television. Ott wrote several books on the history of his time-lapse adventures, My Ivory Cellar (1958), "Health and Light" (1979), and the film documentary "Exploring the Spectrum" (DVD 2008).

A major refiner and developer of time-lapse is the Oxford Scientific Film Institute in Oxford, United Kingdom. The Institute specializes in time-lapse and slow-motion systems, and has developed camera systems that can go into (and move through) impossibly small places. Most people have seen at least some of their footage which has appeared in TV documentaries and movies for decades.

PBS's NOVA series aired a full episode on time-lapse (and slow motion) photography and systems in 1981 titled Moving Still. Highlights of Oxford's work are slow-motion shots of a dog shaking water off himself, with close ups of drops knocking a bee off a flower, as well as time-lapse of the decay of a dead mouse.

The first major usage of time-lapse in a feature film was Koyaanisqatsi (1983). The non-narrative film, directed by Godfrey Reggio, contained much time-lapse of clouds, crowds, and cities filmed by cinematographer Ron Fricke. Years later, Ron Fricke produced a solo project called "Chronos" shot on IMAX cameras, which is still frequently played on Discovery HD. Fricke used the technique extensively in the documentary Baraka (1992) which he photographed on Todd-AO (70 mm) film. The most recent film made entirely in time-lapse photography is Nate North's film Silicon Valley Timelapse, which holds the distinction of being the first feature length film shot almost entirely in 3 frame high dynamic range.