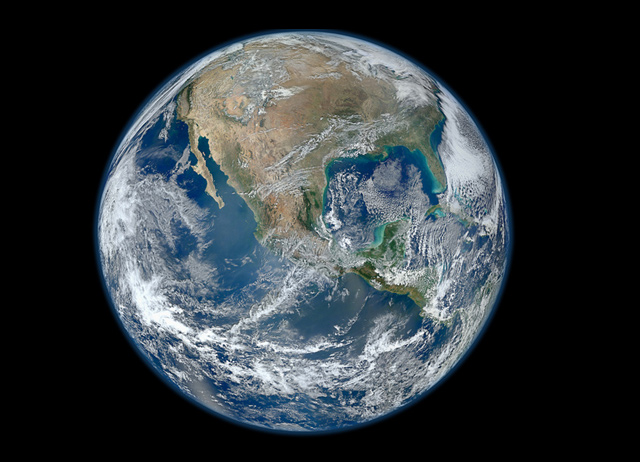 You’ve seen Earth, but you’ve never seen it like this.

Suomi NPP, NASA’s newest Earth-watching satellite, has taken a high resolution image of Earth, one of the most beautiful such images ever created. It’s available in 8000×8000 pixel resolution, and it takes a while to download, but it’s definitely worth it.
The satellite, named after the “father of satellite meteorology,” Verner E. Suomi, is designed to create fabulous images of Earth, monitor for natural disasters and improve weather forecasts as well as our understanding of long-term climate changes.

The image is a composite, created using a number of swaths of the Earth’s surface taken on Jan. 4, 2012. It echoes the legendary “Blue Marble” photograph, taken by the crew of the Apollo 17 spacecraft on Dec, 7, 1972,
The Blue Marble 2012, as NASA named the new photo, is available in high resolution here.
Now, where do we sign up for a 8000×8000 pixel screen so we can use this baby as a desktop background?